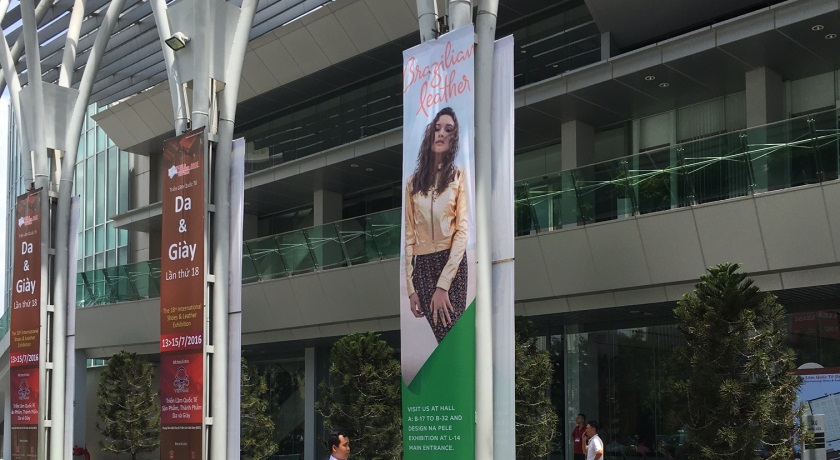 Brazilian leather expects to market US$ 20 million in Vietnam

Vietnam is already Brazil’s 4th largest destination for hides and skins, with a share of 8.4% in total shipments abroad from Brazilian tanneries. Soon, between July 12th and 14th, the city of Ho Chi Minh will bring the two countries’ leather trade relationship even closer together with the 19th edition of the Shoes & Leather Exhibition – Vietnam, which will be attended by eight Brazilian companies that expect to sell around US$ 20 million. The group will exhibit hides and skins with the support of Brazilian Leather – an export incentive project developed by the Centre for the Brazilian Tanning Industry (CICB) and the Brazilian Trade and Investment Promotion Agency (Apex-Brasil).

A.P. Müller tannery was at the Shoes & Leather Exhibition last year and now confirms its presence again. "The Vietnam trade show has been a welcome surprise as it has been growing and, above all, advancing qualitatively," says Cézar Müller, director of the tannery, stressing Vietnam’s important position in the world market. Recent data indicate that Vietnam concentrates more than 600 footwear factories and artifacts, and produces 1 billion pairs of shoes and 150 million bags a year, 40% of which are made of leather.

Vietnam began to work as a strategic market for Brazilian Leather in 2013 with a prospective mission and, later, in 2014 after first participating in the fair. Rogério Cunha, from CICB Trade Intelligence, followed Vietnamese evolution as a leather importer and, consequently, the evolution of the Shoes & Leather Exhibition. "It grew rapidly, but has been shown to be sustainable – so much so that our exports there have been rising yearly, both in terms of values and volumes," he reports. The fair plans to receive more than 15 thousand visitors, with the confirmation of some 600 exhibitors.