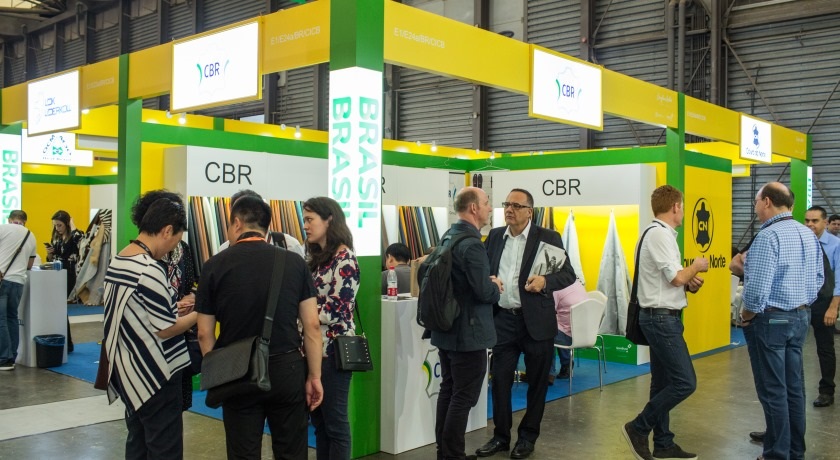 Brazilian Leather: see the final results from the ACLE fair

The All China Leather Exhibition (ACLE) is traditionally an important point of relations between Brazilian tanneries and their customers in China. At this year's, it was no different: the three days were a platform for business start-ups, market assessments, progress in previous negotiations, and reinforcement of Brazilian leather's image in China. The participation of 18 Brazilian business groups was supported by the Brazilian leather project - an initiative of the Centre for the Brazilian Tanning Industry (CICB) and the Brazilian Trade and Investment Promotion Agency (Apex-Brasil) for the expansion of Brazilian leather in the international market.

Commercial Manager of Curtume Coming Rafael Mariño points out that this edition of the event took place during a time of market adjustment, in which both buyers and sellers were able to observe industry trends. For Emerson Fuga, director Curtume Luiz Fuga, in addition to business and the assessment of the world panorama of leather sector, ACLE is a fair that reiterates the presence of Brazil in the international scenario. "It consolidates the image of Brazilian leather, especially finished leathers, and establishes a long-term vision of the country's industry", he emphasizes.

Gilmar Harth, director of the Grupo Bom Retiro, considered the fair to be positive, consolidating its relationship with customers and initiating stabilization of the market. For Adriano Busa, from the Pampa Peles Industry, prices and demand have set the tone for this edition of ACLE; for him, a balance in this relationship should occur soon. Gabriel Doria, from the Gobba Leather tannery, points out that there were some great deals made, and that with a possible consolidation in the value of leather, there is a tendency for the market to expand and develop.

Eduardo Fuga, director of the company Fuga Couros, believes that a fair like ACLE allows for meeting with several clients at the same time. "This gives us agility in reaching out to a larger group of customers in less time than if we had to visit them individually" he says.