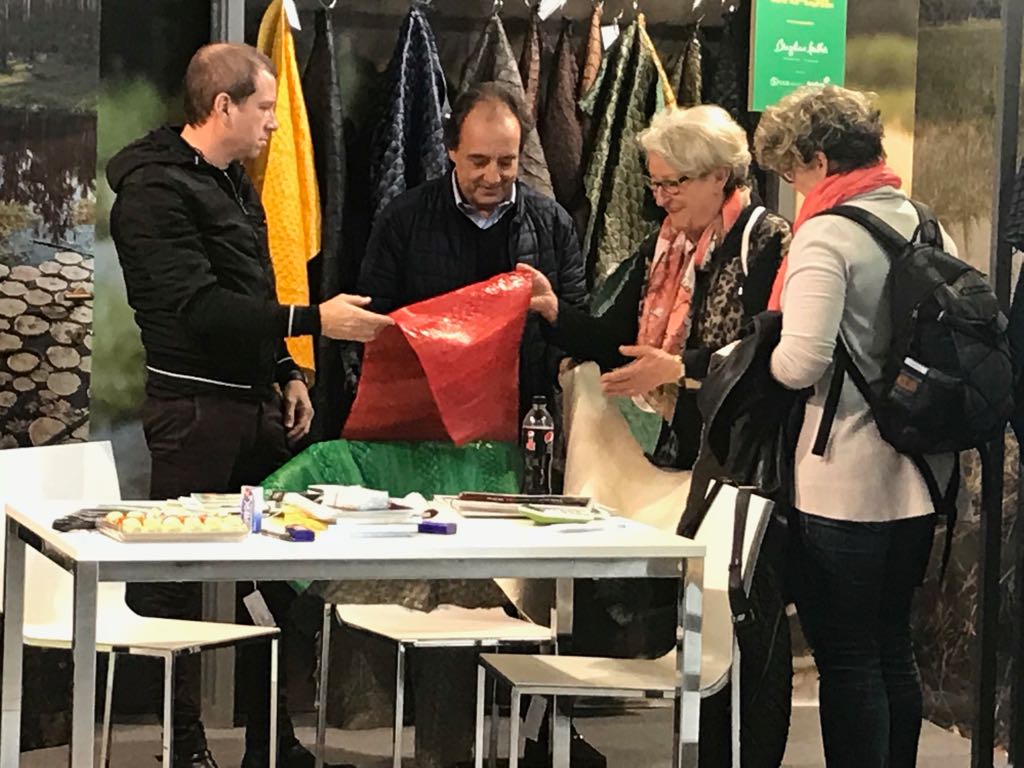 Fair growth in Italy has positive repercussions for Brazil

For the second consecutive year, the Brazilian Leather project had its own stand at the Simac Tanning Tech fair in Milan. The event took place along with Lineapelle (which had the participation of five tanneries from Brazil, all supported by the project) at Fiera Milano, adding momentum to the visibility and business of the Brazilian leather sector in Europe. The Brazilian Leather Project is an initiative of the Centre for the Brazilian Tanning Industry (CICB) and the Brazilian Trade and Investment Promotion Agency (Apex-Brasil) to encourage the leather exports.

Letícia Luft, the manager of Brazilian Leather, points out that Simac Tanning Tech - dedicated to production technology for footwear, leather, and accessories - has grown yearly and in this last edition had an increasingly qualified and business-focused public visitation. "The public's profile was very in line with Brazilian Leather, so we had an excellent response at our booth," she says. Brazil's space at the fair displayed leathers from various tanneries that were produced especially for the Leather Preview, as well as examples of footwear and handbags made exclusively with the collection's hides.

Courovale, Krumenauer, Natur, Nova Kaeru and Soubach tanneries all presented their developments at Lineapelle for summer collections in the Northern Hemisphere. Pedro Tunholi, of Curtume Soubach, reflected on the importance of being at Lineapelle saying "It's the biggest and most important fashion fair in the market, because it allows us to prospect customers that are a reference in both the European and world scenarios".