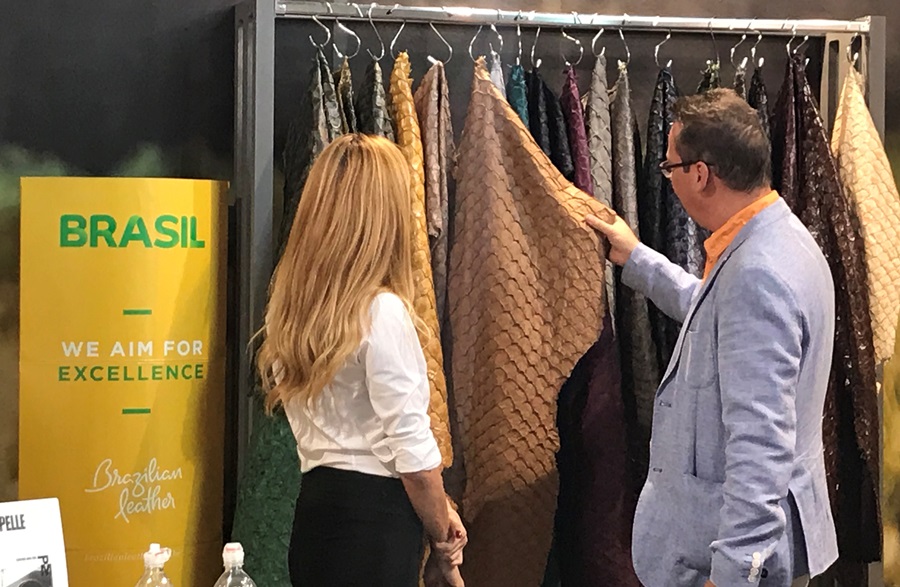 Increasing leather’s value by looking to exports has proven to be an efficient strategy in years of market adjustment like 2017. Italy, one of the most demanding importers of hides, proves this logic: while other leather purchasing countries have shown a decline in orders, Italians showed a growth of 16.2% in Brazilian leather imports from January to September. This fact reinforces the importance of Brazil's participation in the most recent edition of the Lineapelle fair, which took place in Milan between October 4th and 6th.

Seven Brazilian business groups presented their hides at Lineapelle with the support of the Brazilian Leather Project, an initiative to encourage exports by the Centre for the Brazilian Tanning Industry (CICB) and the Brazilian Trade and Investment Promotion Agency (Apex-Brasil). The tanneries, Courovale by BCM, Bannach, Nova Kaeru, Krumenauer, Natur, Arte da Pele and Soubach demonstrated Brazil’s potential to provide finished leathers of high European standards for brands of distinct quality.

Joel Krummenauer, from Cortume Krumenauer, highlighted reuniting with old customers and the possibility of meeting new contacts as some of the fair’s positive aspects. In addition to the commercial platform it presents, Lineapelle's trend and lecture spaces were other interesting attractions for visitors, as mentioned by Letícia Luft, manager of the Brazilian Leather project. "Innovative ideas in our industry are always shared in this fair, which is also a time for getting updated on industry news," she said. Letícia welcomed representatives from the Brazilian Consulate General in Milan on the first day of the fair, presenting all the work from the Brazilian tanneries in attendance.